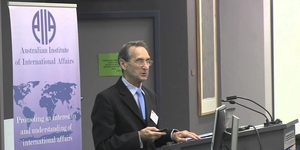 Frank is a journalist, historian, translator, and author. Frank has researched early Indonesian history for more than 20 years. His book “Surabaya 1945 – Sacred Territory” is in digital form in Universities and soon to be published. In 1964 he founded the first newspaper bureau in Jakarta, then served three two-year stints, covering the rise and fall of the Communist Party and the subsequent civil upheavals. President Soekarno and many cabinet members regularly called upon Frank to translate for them.